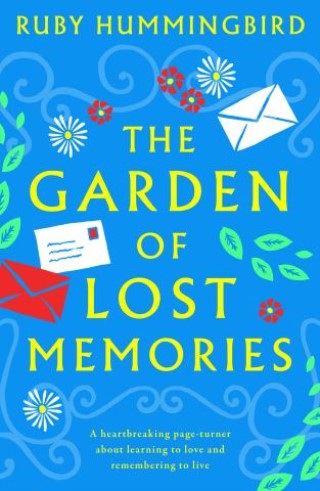 The Garden of Lost Memories

‘A beautiful and touching story, it has been utterly impossible to put down, and has really tugged on my heartstrings… Pulled me in from the very beginning. I have devoured this book in just one sitting… Fantastic.’ Little Book Miss Lover 87, ?????

Just because you feel ordinary doesn’t mean you aren’t extraordinary to someone else.

Ten-year-old Billy would rather spend his Saturdays kicking a ball, or watching TV, or anything really, other than being babysat by his grumpy neighbour Elsie and being force fed custard creams.

If it was up to them, they’d have nothing to do with each other. Unfortunately, you can’t choose who you live next door to.

But there is always more to people than meets the eye…

Elsie doesn’t know that Billy’s afraid to go to school now, or why his mother woke him up in the middle of the night with an urgent shake, bags already packed, ready to flee their home.

Billy doesn’t know that the rusting red tin he finds buried in Elsie’s treasured garden is a ticking time bomb waiting to explode her carefully organised life. And that when he digs it up, he is unearthing a secret that has lain dormant for twenty-eight years…

This moving tale is for anyone who has ever felt the pang of loneliness, or worried that their broken heart might never be the same again. Fans of Eleanor Oliphant is Completely Fine, The Keeper of Lost Things and The Library of Lost and Found will fall head over heels for this life-affirming novel that shows us that if you’re willing to take a risk, happiness is only ever a heartbeat away.

‘WOW!!! This book was absolutely amazing. My heart was breaking… I found myself laughing at some of their antics and then tearing up at other times. This is one of the best books I have read… It was phenomenal and I could read this over and over.’ Goodreads Reviewer, ?????

‘OMG how amazing was this book!... Captivating… Left me with a smile on my face and I could not help but chuckle… An enchanting story that captured my heart.’ Chells and Books, ?????